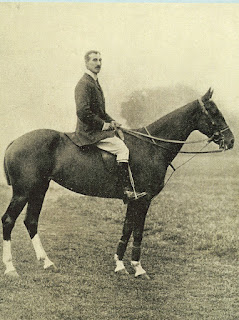 Leopold Jenner was born on October 4th 1869. Educated at Marlborough College Wiltshire. He had a distinguished army career, joining the Royal Military College and later The King’s Royal Rifle Corps in 1888, he was adjutant from 1891 to 1895, and was promoted to captain in 1896.

He was a sportsman of some distinction and by 1895 won the Army fencing championship at the Royal Military Tournament. On his retirement from the Army in 1904 he became joint manager of the Roehampton Polo Club. He was an exceptional player, winning the Roehampton Polo Cup three times. In 1908 he won the Open Ranelagh Cup, several times he carried off the Public Schools Cup, and was chosen to play for England against Ireland in 1907. Three years later he resigned from the joint management of the Ranelagh Polo Club. In August, 1914, he rejoined the Army on mobilization, serving first in Egypt and then Gallipoli. He was mentioned in despatches and received the D.S.O. In 1916 he was sent to France where he served until the end of the war, when he was made a C.M.G. and also received the Order of the Crown of Roumania. He was promoted to the rank of lieutenant-colonel, and retired to take up residence at Avebury Manor along with his wife and her daughter Ruby aged nine.

Leopold had married Nora Helen Gertrude Stewart, daughter of the late Field-Marshal Sir Donald Stewart in 1899. In 1894, Nora’s first marriage had ended in divorce after only three years. It caused a public sensation and was even reported in The Times. In 1899 Nora met Leopold and their subsequent marriage was to prove a long and happy one. Nora’s new found freedom from a domineering father and a marriage of subordination emancipated her. She drove her own car, was an active supporter of the suffragette movement; she was very much her own woman, positively encouraged by Leopold.

Nora’s sister Fiona married Leopold’s brother, Walter. Both sisters were expert at needlecraft, Nora embroidering the cover and bed hangings for her own marriage bed, as well as many of the textiles in the Manor. Such was her skill, she revived the art of ‘stump work,‘ a seventeenth century style of needlework that gives a three-dimensional effect. Walter and Fiona had purchased Lytes Cary Manor in Somerset. Both families shared a passion for the conservation and preservation of old buildings.

Leopold and Nora embarked on a restoration project in the early 20th century at Avebury Manor to restore what had become a tired and somewhat neglect house back to its original spender. They salvaged a great deal of oak panelling, much of which dates from the seventeenth and eighteenth centuries and still adorns several rooms today. They undertook many alterations to the house; opening up what is now the ‘Keiller Parlour’ to form a large hall-come-lounge; they restored the south library (now the Billiard Room) which was derelict and without floor. Here they installing bespoke oak panelling, along with a bolection moulded fireplace of Cornish Serpentine Stone, c1700. Finally, in the early 1920s they built the West Library (now The National Trust tearoom) to house Colonel Jenner’s extensive library and where they both spent much of their time. With the Colonel’s historic knowledge and Nora’s eye for colour and artistry, their combined efforts made for a beautiful home and garden, the latter replanted and landscaped by Nora with the inclusion of ornate, geometric Box topiary.

The colonel was a man of habit, daily marching his two Dalmatians through Avebury High Street, turning left by the Red Lion pub and onto what is now the A4361 until they reached the gated north west entrance and the drive that swept back up to the Manor. The Avebury henge runs parallel to the drive and it was not unusual for the colonel to be a little put out by those so-called ’sightseers,’ who would walk on top of the ditch which overlooked his property. With growl and a wave of his stick he would express his disfavour at such an intrusion. Having said that, the Jenners’ were very popular with the village folk and would often open their gardens for the local children, to hold fetes and one year a Christmas pantomime where Nora made many of the costumes.

The Jenners’ lived happily at Avebury Manor from 1902 - 1935. However, the end of the Great War  saw their finances take a tumble. They were both fairly wealthy; Leopold had inherited a share of his father’s estate, some £300,000 and Nora had inherited from her mother, though this was held in trust. Their incomes had diminished considerably; taxes were high, the upkeep of the Manor, employment of staff who were difficult to find post war; inflation, extortionate prices for just about everything, plus several failed overseas investments all contributed to their financial haemorrhage. With great sadness they resigned themselves to the fact that they would have to give up Avebury Manor and relocate to less expensive accommodation. They leased the Manor to Dundee Marmalade tycoon, Alexander Keiller in 1935, eventually selling it to him in 1937.

The Jenners’ took up residence at No.9 The Circus, Bath. Colonel Jenner died a few days before his eight-fourth birthday at his home in Bath on October 20th 1953. Nora had died the previous year on February 4th. They were devoted to one another and it was their wish that they be buried together at St. James Church Avebury, close to the house they adored and missed so much. On the memorial plaque above the vault is a touching epitaph, it reads ’She was in all things the most perfect wife and companion a man ever had.’ 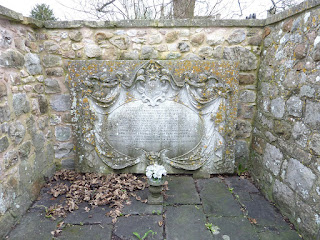 The Billiard Room has been created for the project by the BBC.  It is dedicated to the memory of Lt.Colonel Jenner and has been furnished in a style reminiscent of an early 1900s gentleman’s retreat. It is a very masculine room; animal trophies hang from its walls; sporting memorabilia in the shape of fishing tackle, a leather football, polo mallets and riding boots are placed here and there. There are several photographs of the Colonel and his wife. Newspapers and magazines of the day are available to read as are many volumes on the bookshelves, some of which are from the Colonel’s own collection and of course the centre piece, a fine 1890’s three quarter mahogany billiard table which was lovingly restored by Hubble Sports. 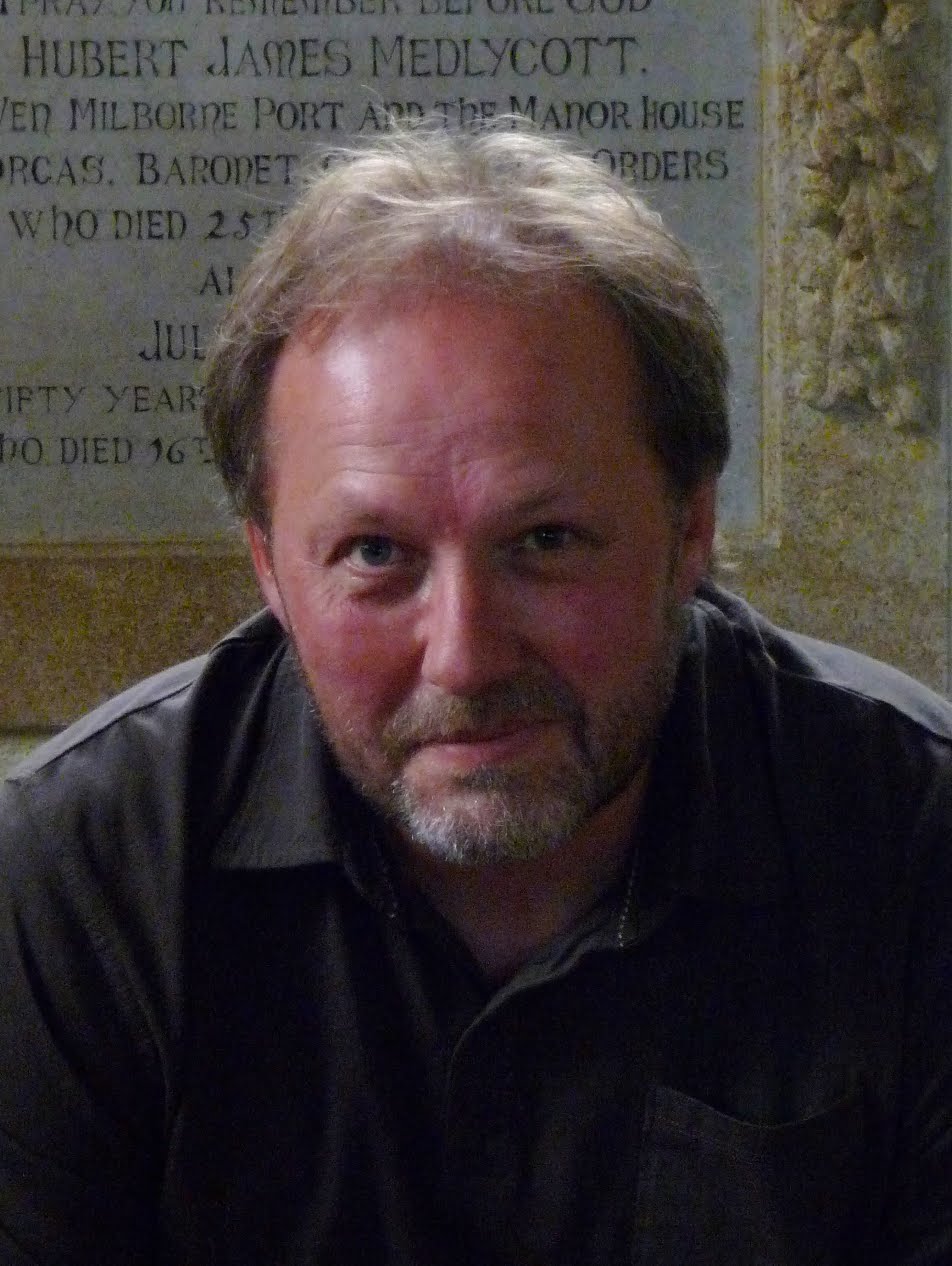 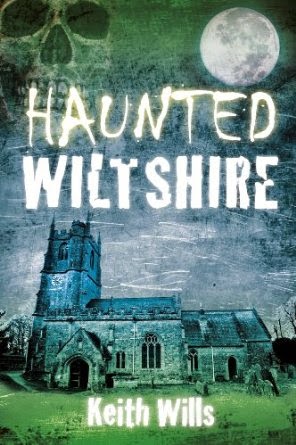